What I Learned From Seinfeld 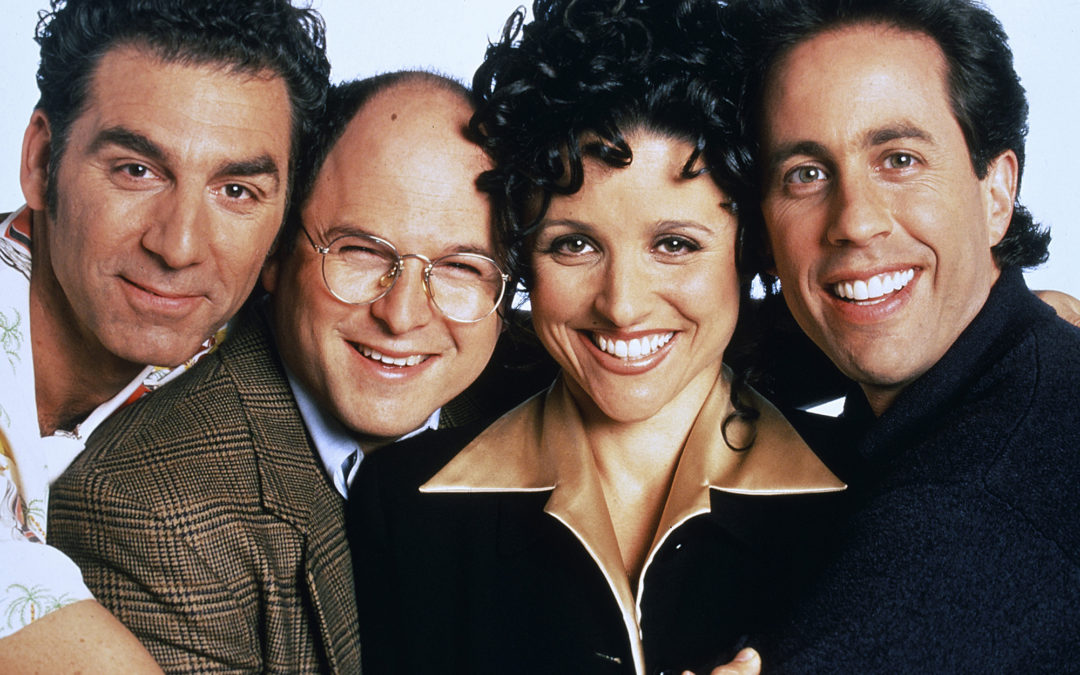 Seinfeld is the best American television program ever.

I know that there is no objective way to determine the quality or inherent “goodness” of one show over another, but I have maintained for the last 20 years or so that this statement is true. In fact, I think that I will likely believe this for the next 20 years.

I’m sure that it takes a special sense of humor to get as much joy from Seinfeld as I do, but these episodes never get old for me. It is not lost on me that much of the vocabulary of Seinfeld has entered into our national conversation. We now talk about “puffy shirts,” “soup nazis,” and being “Master of your domain.” I now know what a close talker, a low talker and a sidler are. To avoid an uncomfortable discussion I might offer a yada yada. Even when I don’t participate in a full-blown celebration, I recognize December 23 as a “Festivus for the rest of us.”

The discourse of our family has changed as well. Replacing the tissue in the bathroom requires a long recitation about the importance of being able to “spare a square.” I always want to get credit for purchasing the “big salad.” And if it were possible, I would only shop at the jerk store. I hate it when I anticipate an “impending intestinal requirement.” Not that there’s anything wrong with that.

For me Seinfeld is the perfect blend of four unusual characters that had an uncommon chemistry on screen. But it is not the actors, the characters or the chemistry that are most important. The more time I spend with my favorite show, the more I realize that it is all about the writing. That is why there are “seinfeldisms” in my everyday language. That is why there are some episodes (and by some episodes I mean, The Chinese Restaurant) that I can quote along with Jerry, George, Elaine and Kramer. The writing is articulate, creative, original and very funny.

But Seinfeld, the show that was famously about nothing, had one essential theme: “No hugging, no learning.” The guiding philosophy for creators Jerry Seinfeld and Larry David was that the characters should never learn anything or change. Where traditional sitcoms include a dilemma for the characters that they must overcome and a lesson that they must learn, Seinfeld, resisted that formula. There were certainly dilemmas, but no one learned lessons. No one overcame anything. There was never a concluding tear or hug of solidarity. And although the Seinfeld crew never learned anything, there is a lot that we can learn from them.