Do You Need an Attitude Check (or an Amusement Park) 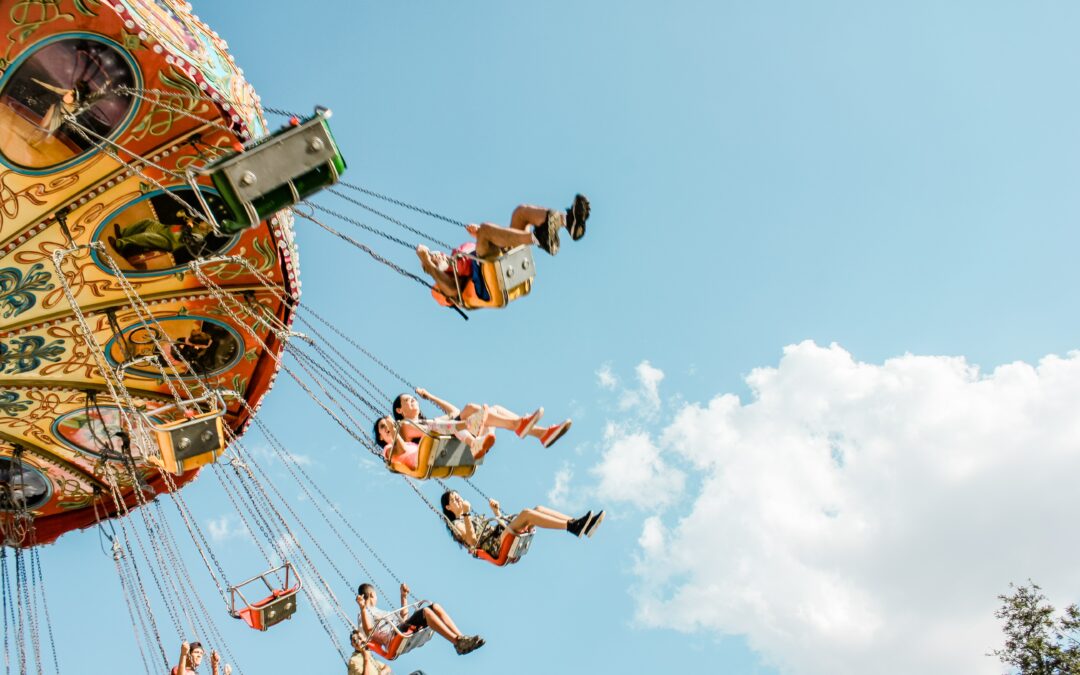 The words “attitude check” were terrifying to me.

Oh, it didn’t start out that way. Initially, it was just a harmless game that one of the members of my youth group was playing. She would call out “Attitude check!” and the rest of us were to respond by shouting, “Praise the Lord!” But I’m getting ahead of myself.

I was working in my first ministry job. I was the youth pastor at a small church with about 20 high school students in my youth group. We did all of the regular things that youth groups do: retreats, lock-ins, and concerts. I was new at youth ministry, so I was just figuring everything out. But after a few months, I was getting the hang of it and the group started to grow. There were more young people joining the group each week. And the teens who were a part of our youth group were growing in their faith.

It didn’t take long for me to notice the influence of the Pentecostals on Libby and my youth group. It started innocently enough. Libby began to sing with her eyes closed. And then she would put up her hands during worship times. Almost before we knew it, Libby was praying aloud while anyone else was leading a prayer. I tried to encourage Libby to express her faith, but at the same time, I didn’t want her to be a distraction to anyone else. I was trying to get my students to be more open to the things of God, not be scared away by expressions of faith that were new to them.

Libby took it up a notch.

I don’t know if she came up with it on her own, or if she borrowed from her Pentecostal friends, but she brought the “attitude check” to our youth group meetings. I was–and still am–a firm believer that my faith should be the same all the time. I should not behave or believe one way in church and another at the office. Consistency is the mark of a true Christian. So when we heard the “attitude check” call out, we learned to respond appropriately.

But it got to be awkward. Libby would call out to us when we were playing games out in the churchyard and anyone in the neighborhood could hear. We would get an “attitude check” right at the end of the most significant prayer times. Sometimes it felt that Libby was just trying to trip us up or embarrass us.

I dealt with an internal conflict where the “attitude check” was concerned. On the one hand, I wanted to be a good example for young people who were my spiritual responsibility, and I didn’t want to cause Libby any problems. No way.

I wanted to make sure that she knew I was a committed Christian and not at all afraid to ‘praise the Lord.’ But on the other hand, I also believe there are many Christian people who become a detriment to the spread of the gospel. It was completely possible that Libby could cause the members of our group to slide away from faith because she was making them uncomfortable. Not only that, but we could easily be dismissed by those who were not a part of our group because we were too weird, or far out.

And then there was the big end of the summer amusement park trip. We chartered a bus, packed some lunches and headed out for the three-hour drive. I was excited for the day because not only did I have a pretty good-sized group for the day, but I was young enough that I was going to enjoy the amusement park too. Oh, and I brought a date. It was a young lady I had met in Sunday school class. This was one of our first dates and I was working hard to impress this girl. She was beautiful, sweet and way out of my league.

When we arrived at the amusement park we got off the bus, covered the rules and established when and where we would meet at the end of the day. We said a prayer, and then I sent the kids off in groups to have a great time for the day. I grabbed the hand of my date and we were off as well.

It didn’t take long for me to forget all about the youth kids that I had unleashed on all those amusement park patrons. I was in my own world with the girl of my dreams. We rode some rides, talked and smiled a lot and generally lost track of everything else. After we took a break for lunch we headed for the signature ride of the whole park. It was the greatest, biggest, fastest roller coaster that we had ever seen. It was so popular that it took a very long time to get on the ride. It seemed like the whole world was waiting in that line. But what did I care? I was young and in love and occupied with my partner.

As we stood in that line of hundreds of people, I didn’t notice any of them. I was in love. There was only me and my date in that line. That is until I heard someone shouting from far away near the back end of the line. It sounded like it could have been my name, but I didn’t care. I paid no attention until my date said to me, “Look, Dewey. It’s Libby from the youth group.” I turned around to see that in fact it was Libby and she was calling out to me and waving frantically. I gave her a half-wave back and tried to turn my back to her again. But she would not be denied. That is when I realized that she was shouting to me, “Attitude check!”

An immediate sense of dread and panic descended on me. My girlfriend didn’t know about the attitude check. The crowd of people around us didn’t know about the attitude check. It all came down to Libby and I. I tried to hedge. I made eye contact with her and quietly repeated, “Praise the Lord.” I was hoping that she would be satisfied with my effort. She could see my lips moving, she knew that I was playing along. But most of the crowd around us was oblivious. It didn’t work, though. Libby would not settle for what she perceived as a half-hearted commitment to the Lord. She wanted a full-throated affirmation of praise to God. She called out, even louder this time, “ATTITUDE CHECK.”

There were no more options.

Finally, I was required to make a loud and public confession of my faith. Libby had painted me into a corner and forced me to respond. And so, with a sense of resignation, relief and a hint of enthusiasm, I called back, “Praise the Lord!”

That was many years ago. I don’t think that I would have the same struggle today. I think that I am more committed to Christ than I ever have been. I also believe that God is changing me. In terms that John Wesley would use, God is perfecting me. He is making me more like himself. I am bolder in my faith. I am more aware of the effect my faith has on others. And I have experienced more of God’s grace than ever before.

How about you, attitude check?