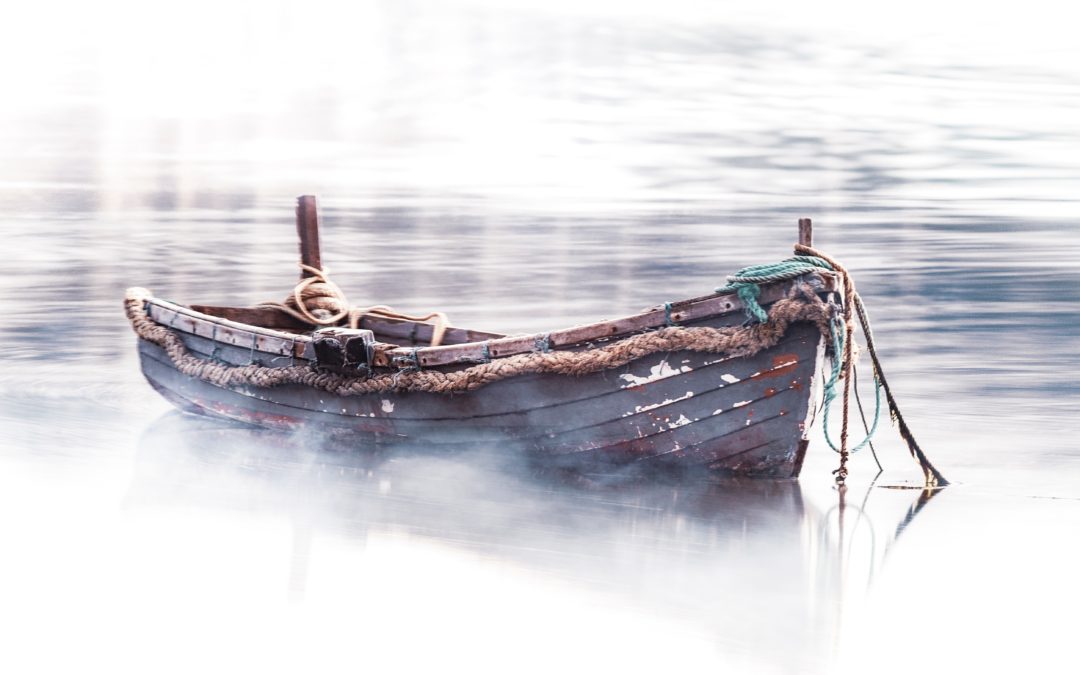 When I think about Sanctifying Grace, the name that immediately comes to mind is Simon Peter.

We also know that Peter was definitely a committed follower of Jesus. In fact, throughout the gospel stories whenever Jesus needed some personal time, he took his inner circle with him. We must remember that Jesus lived with a small group of people. It would not be unfair to say that Jesus pastored a church of 12 followers. The disciples- later known as apostles- were the focus of Jesus’ life and ministry. But even among this “elite” group, there was a smaller contingent that spent more time with Jesus. Peter, James and John seemed to be the favorites of the Lord. It is clear that Peter was a “saved” and forgiven follower of Jesus. He was a Christian.

But that doesn’t eliminate all the uncomfortable events in the life of Peter. And there are a lot of them.

For example, there was the time when Jesus asked his disciples who people thought he was. They responded that some people thought he was Elijah, Jeremiah, John the Baptist or one of the other prophets. Jesus was not altogether satisfied with that answer, so he asked who the disciples thought he was. And Peter stepped forward with the bold affirmation that he was the Christ. For the first time a human recognized that Jesus was the Messiah, God himself. In that same conversation Jesus told his followers about his coming arrest and execution. It was then that Peter went a little bit off the rails. He argued with Jesus, and that’s when Jesus called Peter, Satan. How quickly he fell.

There were other situations too.

For example, there was that time when Jesus took his closest friends, Peter, James and John, up a hill and the glory of God was revealed. Jesus’ countenance was transformed (hence, the transfiguration) and Moses and Elijah appeared with him. Peter was so overwhelmed by this experience that he didn’t want to leave. Rather than going back down the mountain he suggested that they build three tabernacles (one each for Jesus, Moses and Elijah) and stay there. Peter was missing the point once again. Jesus reveals his glory to us not so that we can bask in it and become stagnant. But so that we can spread his glory to others.

And there is at least one more.

For example, once the disciples were out in the water on a boat. While they were distracted by the voyage and the conversation a man came toward them walking on the water. This immediately caused a great furor as the disciples sought to understand how this was possible and what it could mean. It was Peter, however, who was able to recognize Jesus and asked to walk out toward him. Jesus agreed and Peter began the trip. All was going well until Peter realized the impossibility of what was happening. Humans cannot walk on water. As he began to notice where he was and what he was doing, Peter began to sink.

But wait, the most famous example:

Jesus had gathered with his disciples to share his last Passover with them. While they were at the table rehearsing the ritual and eating the meal, Jesus talked about how he was about to be arrested by the authorities and abandoned by his friends. The hero of our story, Peter, would have none of it. He assured Jesus that he would never leave him. Peter was certain that he would not betray his friend and Savior, and he put himself on record. Jesus, however, knew. He proclaimed that Peter would, in fact, deny him. And within just a few short hours, Peter had distanced himself from Jesus three times.

All of these things are signs not of the unfaithfulness of Peter, but of his need for the sanctifying grace of God. This act of the Holy Spirit happened to Peter, and the rest of the church, on the first Pentecost after the crucifixion of Jesus. The Holy Spirit filled all of the followers of Jesus and changed them fundamentally. Perhaps Peter was transformed more than any of the others. He preached the greatest sermon in Christian history in Acts 2. He became a prominent and effective missionary and evangelist. Not only that, but Peter became the de facto leader of the church. Peter made the decisions and organized the outreaches of the new church. All of this because of Sanctifying Grace.

Ephesians 5.18 reminds us that we are to be filled with the Spirit. This admonition encourages us to not only be filled, or sanctified, but to be continuously filled with God’s presence. When he fills us, he controls us. And when he controls us we are empowered to be faithful and grow in our faith and leadership. Just like Peter.

It took a long time for Peter to get his life all figured out. It wasn’t easy for him to live every day for Jesus. He made mistakes, over and over again. But rather than causing me to cast aspersions on him, Peter’s mistakes and ultimate sanctification cause me to find him hopeful. I have hope because Peter is not all that different from me.