What I learned from ‘Deadheads’ 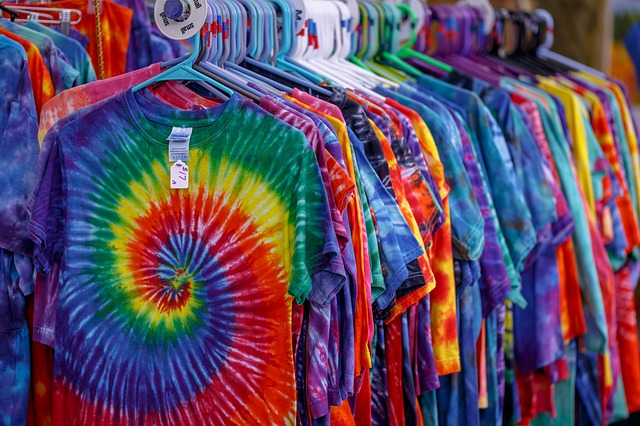 First of all, I grew up as a church boy. My family not only went to church on Sunday mornings, but we also attended on Sunday evening and went to Bible study on Wednesday evenings. Sometimes we had services on other days of the week as well. And when I got older I was very involved in youth group–which included another trip to church each week. Looking back, I’m not sure I ever had enough time to get into trouble!

But church and church attendance is not the only thing that kept me on the straight and narrow. I had a great fear of nearly everything. I was averse to violating any rules or expectations because I wanted very much to avoid the consequences that came with the infraction. Consequently, I got a reputation as a sort of “goody two shoes.”

One result of this caution, was that I was pretty isolated and protected from influences that might cause me to get into trouble. I avoided places and people that seemed ‘shady,’ ‘hoody,’ or ‘sketchy.’ The result was that I didn’t know how most of the world, including my peers, lived their lives. This all came to a head on a summer day in the late 1980’s.

I had stopped in a nearby town to get a hamburger for lunch. I was alone, but the place was so busy that I had to wait for a table. By the time I was finally seated there were even more people waiting. Since I was hungry, I put those who were still waiting out of my mind. I had a table and I ordered, and soon I would have food. I opened my newspaper as I waited and tried not to feel guilty about all the hungry people who were still waiting to sit. I was trying to not notice but it was hard at first. It was hard because the people who were waiting were all young like me, in their teens or twenties. And it became impossible when a couple in tie-dye t-shirts noticed that I was sitting alone and walked over to me. The young man asked if I was waiting for anyone and if they could share my table.

Now I am a Christian. Let there be no mistake about that. And we Christians are nothing if we are not gracious, sharing and hospitable. I didn’t want to share my table, but my hands were tied. As the kids who were my age sat down, I folded my paper and a life-changing conversation took place.

The thing is that the people who were sitting with me were “Deadheads.” At that time I had a vague understanding that the Grateful Dead was a rock band that had arisen from the late 60’s drug culture of San Francisco. And although I love rock music, I was particular about the rock music I liked. It wouldn’t suit a person like me (read holier-than-thou) to be associated in with drugs or the music that drugs inspired. But now I was face-to-face with two living breathing members of the counterculture.

I have always been naturally curious, so I asked, “What does it mean to be a deadhead?” In retrospect, I’m grateful that this couple did not get offended by my ignorance, or by what I am sure seemed like an air of superiority. But here’s what I learned.

Deadheads are groupies of the band, the Grateful Dead. They travel from city to city following the band as they tour. They often camp out in the parking lots of arenas where the band is scheduled to play. They have formed a little community. They come from all over the world, but they have their love for the Grateful Dead in common. They view one another as more than friends, even when they’ve just met. Deadheads love each other. They’re like a family. These people support and care for each other. One example is how they developed their own economy. They sell tshirts and beads. They are marketers of paraphernalia and drugs too (I am sure). But no one is trying to get rich. They just need enough money to eat and get tickets to the next show.

My new friends told me that one of the tenants of the parking lot near the concert venue was selling grilled cheese sandwiches. He had set up a charcoal grill and was cooking for the deadheads. But, he gave away sandwiches too. If someone didn’t have the cash to make a purchase, they were gifted their supper. My friend said, “That’s just the way we are. We take care of each other. We’re family.”

Now, I’m not advocating that anyone leave their home to follow a rock band. I’m definitely not suggesting that you explore the drug subculture. But I do find the idea that deadheads take care of each other attractive and surprising. Surprising because the church that nurtured me and gave me faith generally vilifies the drug subculture and everything and everyone associated with it; and attractive because the principles and behaviors embraced by deadheads is the thing that the church espouses. Unfortunately, the church and the entire “Christian” world may be caught in a hypocritical feedback loop.