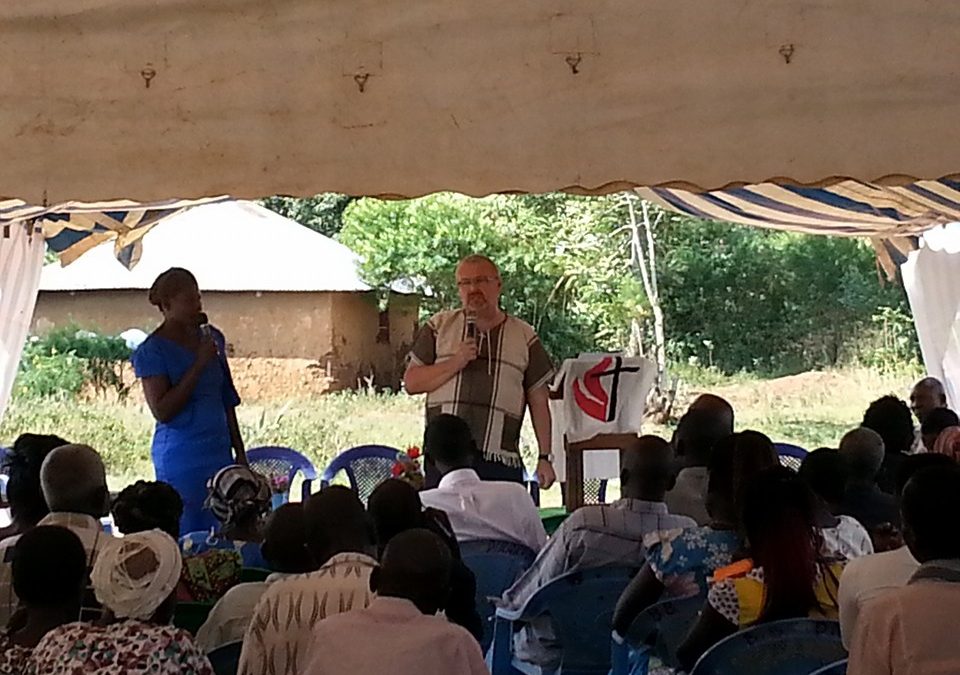 It was an interesting year. For me at least. It was during the fall of 2013 that I took my first trip to Africa as a director of Kuandaa International, our non-profit mission organization.

I didn’t really know what to expect. Although I had done my research, and I had good contacts in Africa, once we got on the ground everything was up for grabs. Our vision was pretty clear- we were going to train pastors to be more effective leaders of their congregations. But as far as the specific application goes, we were learning as we were going. We were quite literally making things up as we were going along.

Our basic plan was to enlist local pastors to recruit and assemble area church leaders. Then we (the American missionaries) would lead training events in local churches. Honestly, this is still the basic structure that we are using today.

But in 2013 it was all new, and all unknown. And then my worldview was adjusted.

It was a weekday afternoon in Jinja, Uganda. We had finished the morning’s seminar with around 40 Ugandan pastors and we were taking our lunch break. Jinja is a busy city, and the church we were meeting in was on a busy street, so I stepped outside to watch the traffic go by. I hadn’t stood there for long when a young man came and stood with me.

Akena Joseph shared with me all about himself as we stood there together. He told me about the orphan home that he oversaw and the eight children that he and his wife were caring for. He told me about his work caring for the sick. It turns out that Akena is a nurse. But not only that, he was leading an organization of young people, teens and young adults, called MJK- Make Jesus Known.

It was while we were talking about MJK, and the importance of evangelism in every facet of life, that Akena spotted two young women walking by on the street below us. He nodded in their direction and said to me, “Those two girls need to know Jesus.”

I’m not sure how Akena knew this. Maybe he had occasion to speak with them before that day. It could be that there was something about the way they were dressed that let him know they were not Christians. In any case, Akena knew, and I did not. So I asked him what he meant.

As he headed down the steps of the church in the direction of these two girls he said to me, “I know they need to know Jesus because they are Muslims.”

Let me offer a disclaimer here. I had never shared the gospel with anyone who was Muslim. I grew up in the rural midwest of the USA. We didn’t even know that you could share the gospel with Muslims. And now my new friend, Akena Joseph, the 30 year old who seemed as though he could do anything, was on his way to share his faith with those girls before they walked past where we were standing. As the director of the mission organization and the leader of the pastors’ training event, I had a choice to make. Would I stand on the porch and watch Akena share the gospel, or would I follow his lead and God’s will and join this holy conversation? It didn’t take me long to begin the trip down the steps.

The details of the conversation have escaped me, but I can tell you that for the first time in my life I told Muslims how they could have new life in Jesus. I would have preferred to allow Akena to do that. After all, he was the one with the experience. But he deferred to me as the expert from America. So I put on my evangelist pants and talked about sin, Jesus’ sacrifice and his love for all people. Then I asked those girls if they would like to accept Christ as their Savior. And we waited. We waited for a little while. And then, both girls said no.

I was disappointed- because I was not going to get the great story that every evangelist wants to tell others- but undeterred. I asked the girls if I could pray for them and they both agreed. So right there on that busy street in Jinja the four of us joined hands to pray. I asked God to bless my new friends and to reveal himself to them. I prayed that they would be open to the work of God and that they would accept Jesus as their Savior.

Then we said goodbye to those girls and walked back into the church. I didn’t know their names and didn’t think much about them after that. That is, until I got an email from Akena a few months later. He reminded me of the two girls and told me what happened after I left. Prossy, the name of one of the girls, had accepted Christ when we prayed together. And because she was a Muslim, from a Muslim family, she had become an outcast of sorts. Left with no home and no family, but with faith in Christ, she found Akena. Since that time Prossy has become a hairdresser and is now supporting herself. In fact, she has begun teaching other girls and women to cut and style hair. She is a true example of all the good that can come when we put our faith in Christ.

Prossy is not the last Muslim that I have led to Christ and hopefully there will be many more in the future. But she is a perfect example of how God can use those who are willing to be obedient to him.